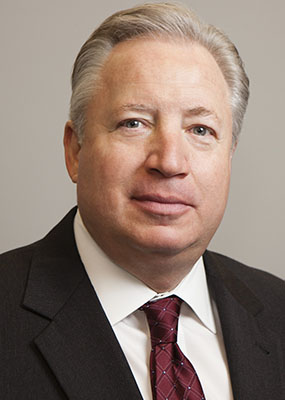 Stephen B. Rosales is the principal of Rosales & Rosales LLC in Belmont, Massachusetts. After practicing many years in downtown Boston, Stephen relocated his practice to his hometown of Belmont, Massachusetts where he practices primarily in the areas of estate planning, probate, estate and trust litigation, real estate and elder law including a growing practice in matters of elder abuse and exploitation giving numerous presentations in these areas before community and attorney groups.

Stephen is a member and past President of the Cambridge, Arlington, Belmont Bar Association, member of the Massachusetts Bar Association and actively involved as a member of the American Bar Association where he has served as Chair of the Solo, Small Firm and General Practice Division as well as its Division Delegate to the ABA House of Delegates, and as a thrice appointed Commissioner to the American Bar Association’s Commission on Law and Aging. He is also a past President of the Suffolk University Law School Alumni Association as well as the Rotary Club of Belmont and sits on boards of various civic, community and charitable organizations providing leadership and pro bono legal counsel and services whenever needed.

Stephen was recently recognized and received the 2019 Difference Makers Award presented by the American Bar Association Solo, Small Firm and General Practice Division which honors an attorney who has made a significant contribution to the legal profession through service to the profession.

Stephen has attained the prestigious AV rating, the highest rating established by Martindale-Hubbell for Preeminent Legal Ability and Ethical Standards and selected as a Super Lawyer by Thomson Reuters.

He enjoys golf, gardening, plays a reasonable guitar, roots for his beloved Boston College Eagles and is an avid follower of all Boston sports teams...Red Sox, Patriots, Celtics and Bruins.

Stephen remains active in numerous charitable, local and community affairs and is a former Selectman and longtime Town Meeting Member in the Town of Belmont, MA where he resides with his wife, Debi.